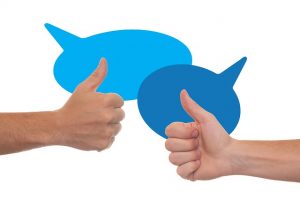 I have given and received many performance reviews over the years. Many of those that have been focused on my progress have been done very well and have spurred me on to better performance. Others have been tired efforts that have been completed to meet the requirements of the firm’s process with very little effort and thinking. The best have been when both parties are actively seeking to interact with perspectives, feedback and goal setting. Some reviews are tied directly to salary adjustments and some are not. Some are so disconnected that you wonder how you could get an exemplary review and then an average raise. Many of you may hate this annual process with its number systems and forced rankings. And few of us “love them”.

There are some current efforts within the private sector to rethink the process, focus and outcome of the review process. The old methods have become routine and firms seek to invigorate the interactions that frame productivity expectations.  The changes that might come include more interaction throughout the year. More informal and formal formats are thought to improve the practice. More focus is being place on questions related to what the boss would actually do with the person. Asking tougher questions like… Would you give them a big raise? Would you want them on your next team? Do you see recurring failures? Would you promote them? There may be changes in your firm’s processes now or in the future.

We will focus on the most common method today that has been in use for many, many years. The Annual Review. These are typically completed once per year with a look backwards to evaluate progress and a look forward to define future goals. It usually is a conversation between you and your boss. Sometimes it is a one-way conversation where they tell you what they think you have accomplished and what they expect from you in the future. Your input may be solicited, but may not do much to change the outcome. They have documented their perspective and you have received your review. Sign here please. Some reviews may be done very well and I hope that your firm has a process that does not reflect what I have just mentioned.

In order to “get more out of it” under this general flow, you need to do some things in prep for this once a year conversation. Not just immediately prior to the talk, as you head toward the bosses office, but during the year leading up to the chat. To have the greatest impact for your career and salary, you need to fully participate and take some positive initiative in seeking your target salary, getting a raise or promotion or at least being recognized for the value you bring to the firm.

I will start with the meeting itself and widen the scope out to what can and should be done during the entire year leading up to the next meeting. You can’t go back, but you can plan to integrate some of these ideas going forward. If your annual review is ahead of you, put some of these ideas into practice now.

At the Meeting – Clarify and Verify

If the process is limited to just one meeting a year, then be fully involved. Make it a conversation by asking questions that clarify the statements you hear and verify the expectations going forward.

Clarify what is being said about the past and especially what is written down. Fill in what you may think are insufficient details in the statements given. If there are missing initiatives, ask if they can be included. If the scope is missing key points, remind them of the impact you brought. They may or may not write them down, but you should reiterate your involvement in key project and workflow. Don’t make it a fight, just make your statement and move forward.

Verify any goals discussed. Get as exact as you can on the timeline, scope, breadth and impact you are expected to achieve. Ask verifying questions if the statements are vague, like “get more training”. Ask what areas of training would be the most desired and how that training might lead to new opportunities.

Take notes on what is said, but not documented, in the meeting. This is not to use against them, but to later bring to their attention what was discussed as you pass milestones or need to remind yourself of what was discussed. Even if you have a biased boss who sees no good thing coming from you, do not respond in kind. Be cordial and respectful as you interact.

These tips work best when you have prepared for the meeting all year long. So here are some ideas to keep in mind before you are called into the evaluation meeting.

In the Month Leading up to Your Review

Provide a list of accomplishments. No one has a better memory of what you have done in the past year than you. And if your memory is not that good, then keep a running log of what you have completed. Include new responsibilities you have been assigned or taken on. Add to the list any teams, projects or focus groups in which you participated. Small and large, short or long term, just keep adding to the list through the year. Give the list to your reviewer prior to them completing the effort, even if they do not ask for it. A good memory jog will help them to think past the last few months. Sluggish progress in Q4 can cloud over the accomplishments of the Q1-Q3. Just make it a quick bulleted list of items you feel where impactful to the firm. Present it is such a way that they are not offended by your efforts. Just tell them that you took some quick notes and were thankful that you were involved in some major project/initiatives throughout the year. Don’t talk them through every bullet point, just give them the list. If they ask clarifying questions then provide info. If not, then let the list stand on its own.

Provide a list of goals that are relevant and within reach. Just a paragraph stating what you would like to work on. Mention teams you would like to join, initiatives you think you could assist on and research ideas for the coming year. Let them know that you have some proactive movement toward these goals and that you would love to get input.

Define areas of training you might need. Don’t be afraid to point out some areas you need to bolster. List some new technology you would like to get trained in that might open new doors of opportunity for the firm. List a few conferences you would like attend (like AU2016) or user group meetings you would want to attend (AUGI).

Make yourself more valuable. The best way to get a glowing review is to shine. Increase your value to the company by being proactive. Initiate conversations about technology or process improvements. Volunteer for new initiatives. Join teams that are looking to enter new markets. If you cannot officially join, then have some casual conversations over lunch or in the halls with the team members. Show interest and initiative. Learn a new skill. Fix a recurring problem. Help outside your normal scope of the job description. Start something new.

Have more conversations with the boss about their goals. Listen to what they say and what they are driving for. See what they mention again and again and make it part of your thinking. Look for patterns in their workflow and offer to take over some of their duties. Start small and show them that you can manage a new area. Be positive and provide input into their thinking. Ask them what is on their wish list. Ask them what they wish would stop happening. Take action items from the conversations and make something happen.

Do not be afraid to just ask – “How am I doing?” If you think you are going to hear a barrage of negative comments, then this can be scary. If you have been making yourself more valuable, then this can be a positive experience. But either way, you do not have to wait until a formal meeting occurs to check in on your progress. By asking, you are showing that you desire to improve. When you do get feedback, either positive or negative, do something with it. Do not just walk away dejected because the boss was in a bad mood. Don’t walk away basking in the light of positive feedback. Enjoy it, but do not go into cruise control. Ask what you are doing well and areas you need to improve. Listen with the intent to change. Be willing to take the good and bad and do something that will make your performance improve.

By taking an active part in your reviews and performance evaluations, you stand a better chance of getting more positives and impacting your salary. Stay connected and focused on improvements throughout the year.