It all started out with a hosted “all out” breakfast for the AUGI Volunteers at AU.  About 25 gathered for a fantastic breakfast buffet in the AUGI room.  David Harrington (incoming AUGI President)  and I thanked them all and then had an in-depth discussion of all things AUGI, with most conversations centering around the website launch. 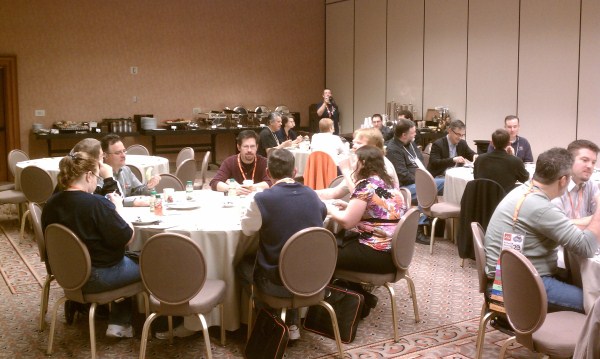 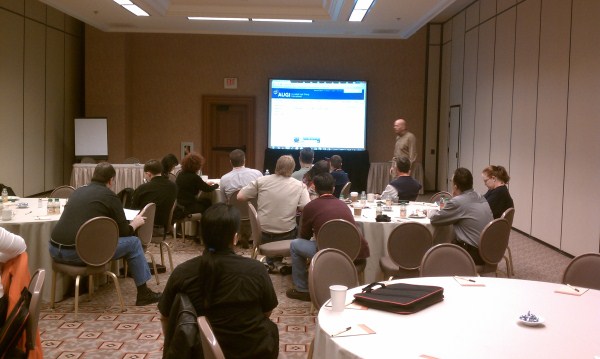 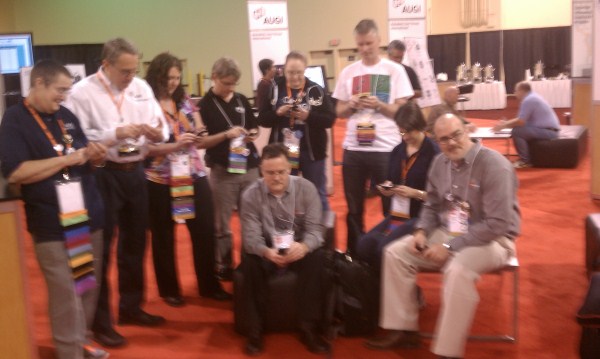 Right after that was the AUGI Top DAUG finals where the top ten leaders from the first round have a shootout for the top spot. 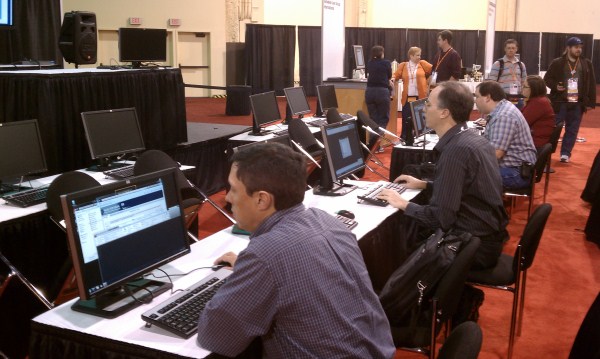 The winner was Steve Fong – the 2010 “Leader of the Pack”. (Below on the left with Top DAUG Logo Design winner Ken Chenault) 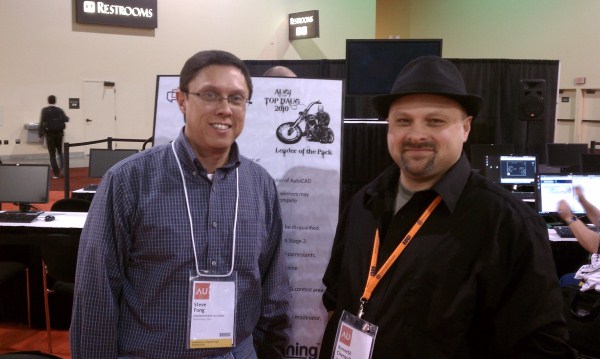 Rushing from there to the AUGI Unplugged sessions where we met with many who were interested in AUGI and what was coming up.  An hour long wandering discussion of topics like the website, Local Chapters, Membership, Benefits and so much more.