It use to be pretty tough to get special characters into your text in AutoCAD.  You had to use %% or other tricks to get it done.   Some may still use these “inline” tricks or you could use the menus.

Ever use Unicode – I have not… but…

When entering text, you can create special characters, including the degree symbol, plus/minus tolerance symbol, and the diameter symbol, by entering the following Unicode character strings:

You can use this control code with standard AutoCAD text fonts and Adobe PostScript fonts:

NOTE: You can use these control codes with standard AutoCAD text fonts only:

%%o – Toggles overscoring on and off.

%%u – Toggles underscoring on and off.

Overscoring and underscoring can be in effect at the same time. Both turn off automatically at the end of the text string.

You can use the %%nnn control sequence to display special characters using the PostScript fonts.

You can also get most of these off the MTEXT menu now. 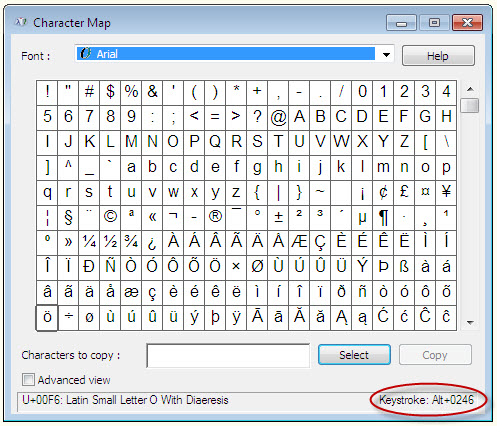 We just recently started using these to put registered and trademark symbols in. Found the Alt+(number code) works the best for a consitant way of doing things between applications and conditions. Even works in an attribute dialog box that may not have access to symbols like in multi-line text. One downfall is that some characters do not show up depending on what type of font you are using.

Good point on making sure that the special characters print. Also – check your PDF files. I have seen some drop off in PDF’s also.

Yes we have seen this too. Our pdf’s will show up with dots by the text that uses these when created through ACAD. I have narrowed it down to the text width. If you make a pdf with say a tahoma font and text width of 1.0, using the dwg to pdf.pc3 will result in dots in the area of the text that is using the symbol. Change the text width to .999 or smaller and it will show up. So far with testing I have had it work. I have only tested Tahoma font with this though. With the dots, the preview will show up like it will print. But going back and opening your PDF will result in dots.

I would just like to thank you for helping with the PDF-dot issue. I do almost all of my plotting to PDF, and typically use the percent sign, plus/minus, etc. and have never figured out how to get around the dots. Why isn’t this something AutoCAD and Adobe get corrected?

PS-I use Arial font and the text width works.

what about the codes for fractions? What are they and where can I locate them?
thanks

That is all very helpful, but how do you get the counter bore symbol. in other programs it is %%w but it is not working.

Recently I have noticed an issue with AutoCAD 2013 Education Version. The problem is with special characters used in notes used with leaders. I can create the special characters with the Character Map but I can not copy. The Character Map dialog box is supposed to disappear from the screen with you select the copy box. I have tried to copy and paste them to the Symbols “add a symbol” but it doesn’t show up.

These are the special characters I wish to use:

%%v for counterbore or spot face %%x for depth of cut

Could this version of AutoCAD have some issues that can be addressed with a service pack?

I want the list of Mtext codes for AutoCAD 2011 So that I can Determine the value/phrase used in my drawings.

In AutoCAD 2020, in the Attribute manager, and also in Custom Drawing Properties these symbols do not insert by using the Unicode characters or the AutoCAD %% keyboard entry method. I ended up creating a custom drawing property for these symbols, one at a time. In the custom drawing property value, I copied the text character from the font set for my text style (Arial) out of a Word document, and pasted the character in the property value. These Custom Drawing Properties are saved in my template.

Now whenever I need it, I just insert a “field” and use the custom drawing property named for that symbol. This works for those hard to edit text areas.