Autodesk has been working behind the scenes to create something that has not been around for some time… AutoCAD on a Mac.

In an official press release, Autodesk is announcing AutoCAD that “runs natively on Mac OS X and will increase choice of hardware for millions of users around the world. Autodesk also announced the AutoCAD WS mobile application, a new app for iPad, iPhone and iPod touch that will allow users to edit and share their AutoCAD designs in the field.”

AutoCAD for Mac and the AutoCAD WS mobile application will be available in North America and Europe beginning this fall. 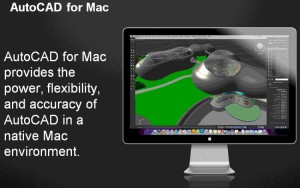 More from other sites…

Other Mac Products from Autodesk [8]